In the past month or so, we’ve seen the OnePlus Nord CE launch, along with the Nord N200 5G. However, we’re still awaiting the arrival of the OnePlus Nord 2, and it seems we could be getting closer and closer. The device has already been seen passing through Geekbench, and now, we have some high-resolution renders courtesy of OnLeaks and 91mobiles.

The renders reveal that the Nord 2 will sport a triple camera setup on the back, with an overall design aesthetic that matches up quite nicely with the OnePlus 9. It doesn’t come as too much of a surprise, given that the OnePlus 9 is a sleek and compact device in its own right, so why not use that same design language in another device? 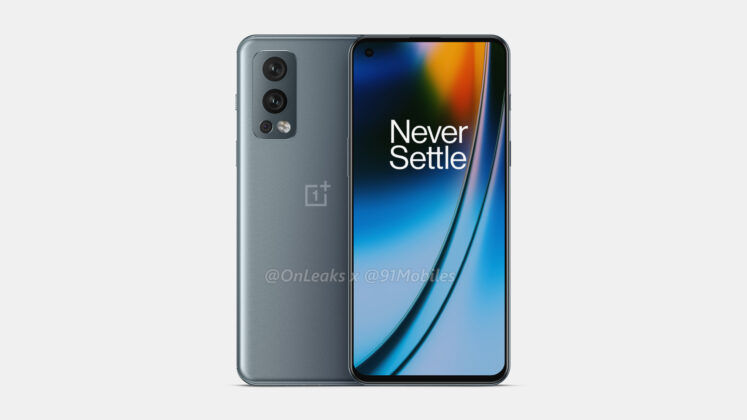 Looking at the display, the Nord 2 appears to have slimmer bezels than its predecessor, complete with a hole-punch cutout in the top left corner for the selfie camera. Moving to the frame, the Nord 2 will keep the Alert Slider that has become a fan-favorite feature of OnePlus devices, placed on the right side of the phone above the Power button. At the bottom, there’s a USB-C charging port, SIM tray slot, and speaker/microphone cutout. The left side of the frame will house the volume rocker, just like it does on the current OnePlus flagships.

While the renders provided today show off the OnePlus Nord 2 in a shade of green, we will likely see at least a couple of different colors offered. But unfortunately, we don’t know what colors those could be just yet. 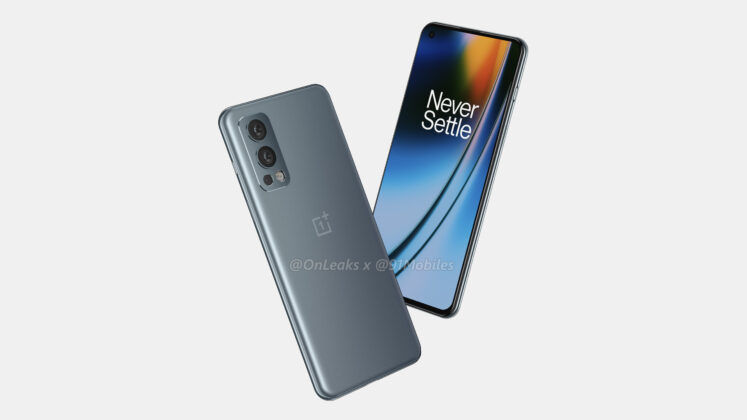 Recent leaks suggest that OnePlus will ditch Qualcomm for the Nord 2, instead opting to go with the MediaTek Dimensity 1200. This will be paired with at least 8GB of RAM, and there will be an in-display fingerprint scanner to keep your device secure. The triple camera array will be headlined by a 50MP main camera while making use of an 8MP secondary lens and a 2MP sensor.

Considering the number of leaks that we’re seeing, it wouldn’t surprise us if the Nord 2 landed within the next few weeks, but we’ll have to keep waiting until something official comes from OnePlus.