If you want a smartwatch to pair with your Android phone, you’ve got a lot of options. There are Wear OS watches from a billion different manufacturers, plus Fitbits, Samsung’s Galaxy Watch devices, and plenty more niche picks. This month, OnePlus tossed its hat in the ring with the creatively named OnePlus Watch. For $159, it offers quality hardware and great battery life — but crappy custom software makes using it a miserable experience. The OnePlus Watch makes a great first impression. Its round, 1.39-inch, 454 by 454 OLED screen is bright and colorful, and it’s nestled in a stainless steel case, which gives the watch a nice weight. The included band is textured silicone with a clasp that’s pretty obviously inspired by the Apple Watch’s Sport Bands — if you’re not into it, you can swap it out for any standard watch band that’ll fit. Overall, the watch is a touch bigger than I’d like, but it presents as surprisingly high-quality for its price, and it feels very nice on the wrist. There are two buttons on the side: one featuring a debossed OnePlus wordmark that functions as a power and home key, and another that can be programmed to perform a number of functions. The lack of a rotating crown is a bummer, but even without it, the OnePlus Watch sports some of the nicer hardware you can get in an Android-compatible wearable. In the OnePlus Watch’s very red, very long box, you get the watch itself, the necessary literature, and a magnetic charger.

Unfortunately, the software here is not nearly as well formed as the hardware. The OnePlus Watch is running a custom OS that actually looks and acts a whole lot like Google’s Wear OS: from the home screen, you can swipe down to access quick settings, up to see notifications, and left to get to a series of customizable tiles (swiping right, which would open the Google Assistant panel on Wear OS, doesn’t do anything). Long pressing on the home screen will bring up your installed watch faces.

The selection of watch faces is, I think, fine. There are plenty to choose from in a variety of styles, and a lot of them provide easy access to additional information, like your watch’s battery level and how many steps it’s recorded. My biggest problem with OnePlus’s faces is that all of the digital options are only viewable in 24-hour format. I know most of the world reads digital time that way, but some places don’t. OnePlus says it aims to add a 12-hour option sometime this month, but that’s really a feature that should have been ready before launch — a 12-hour toggle seems like it ought to be trivial to implement.

Like any smartwatch, the OnePlus Watch delivers notifications — but the way it does so is just not good. Dismissing a notification on your watch won’t dismiss it on your phone, and vice versa. If you get multiple notifications from a single app (texts from two different people, for example), you sometimes can’t read their contents. Replying to notifications is limited to certain apps, and you can only send canned responses. The Watch doesn’t make any attempt to provide relevant options — you’re limited to the same four auto-replies for every incoming message. You can’t dictate or type your own, either.

The OnePlus Watch also tracks a number of health metrics, like activity and sleep duration and quality. Every edge of this functionality is rough.

To test the accuracy of the OnePlus Watch’s step tracking, I wore the Watch on one arm and a Fitbit on the other for a couple of days. It seemed like it was reasonably close, as I ended the day with just a couple hundred steps more on one arm than the other. Then, as I was sleeping, the OnePlus Watch completely made up that I’d walked 4,000 steps in the span of a single hour. I asked OnePlus about this, and it’s yet to provide any explanation.

OnePlus Health recommends getting 11 to 14 hours of sleep per night.

The Watch can track a number of different physical activities (just a handful for now, but a promised update next month will bring many more). It’s also supposed to be able to automatically detect some activity, like walking or running, but that doesn’t really work right, either. My watch consistently didn’t detect that I was walking until I’d been doing it for 20 to 30 minutes, at which point it gave me a broken-English notification that read “The watch recognizes that you are walking, Select the power walking to record.” My options were “Outdoor walk,” “No more reminder,” and “Close.” After selecting that I was walking outdoors, the watch showed, among other stats, how far I’d traveled — in kilometers, despite the fact that I’d set it to display distance in miles.

One bright spot in activity tracking: you can set OnePlus Health to share your data with Google Fit, which is convenient if you’re already using that platform to log your exercise.

This part of the app doesn’t do anything.

If you wear the OnePlus Watch to bed, it’ll track your sleep — but, at launch, all it can do with that data is show you on the watch itself how you slept the previous night. You can’t view past nights on your wrist, and data isn’t imported to the OnePlus Health app, despite there being a section for historical sleep data. With these limitations, sleep tracking is effectively useless. The app also recommends getting 11 to 14 hours of sleep per night, which I think is hilarious.

The watch generated stress data during periods I wasn’t even wearing it.

Similarly useless: stress monitoring. OnePlus says the watch reads variations in your heart rate (which it automatically measures throughout the day) and “other physiological factors” to gauge how stressed you are. During my time with the watch, my stress rating has never gone above the “normal” range, which might be true, I guess, but the whole thing smacks of pseudoscience to me. It doesn’t help that it generated stress data during periods I wasn’t even wearing it.

Worse than all these quirks, though, is that the OnePlus Watch doesn’t have an always-on display option. I can’t wrap my head around this decision — not being able to consistently display the time is a pretty big flub for a watch. The functionality is “coming in a future update,” according to OnePlus. But every competing product in this price range has it. Why on earth was the Watch launched without it? It’s certainly got the battery to support AOD: most days, the battery level falls by less than 10 percent. You’d have to put in serious work to try to kill this thing in a week. Even cutting that longevity in half, battery life would still be great. 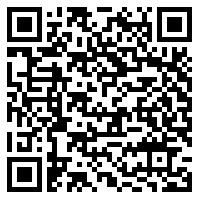 No. I don’t understand how the OnePlus Watch made it to market in its current state. It’s a bad product.

Nothing works the way you’d expect it to: notifications are weird, activity tracking is buggy, and sleep tracking is broken. Table stakes features like 12-hour watch faces and always-on display functionality are coming in post-launch updates. There are also no third-party apps and no voice assistant.

Everything about using the OnePlus Watch makes it clear that development was either rushed, careless, or both. And that’s an incredible shame, because if it worked the way it ought to, I’d love the thing: a $159 smartwatch with great hardware, great battery life, and functional software would be a definite win. But this is not that.

The OnePlus Watch experience feels like what you’d expect from one of those $30 fitness trackers sold on Amazon by brands you’ve never heard of: it works, mostly, but so poorly that I’d almost rather go without a smartwatch at all than use this one. After my time with OnePlus’s wearable, I’m actually eager to get back to Wear OS. OnePlus has made good on its promises to add features like an always-on display, additional watch faces, and tracking for more activities. But the OnePlus Watch still sucks.

The always-on display feature does, in fact, keep the display awake while you’re wearing the watch, which makes it easier to tell the time — a pretty important function for a timepiece. The options are stylish, too, and although battery life takes a significant hit with AOD enabled, the OnePlus Watch still clears three days between charges without much trouble. But with always-on mode active, the screen stays on as long as you’re wearing the watch — and I mean always. There’s no way to turn the display off when you go to bed without digging into the settings to turn AOD off — even though there’s an option called “Do Not Disturb for Bedtime,” whose toggle is a moon icon — further rendering OnePlus’s sleep tracking features useless. Baffling.

The OnePlus Watch maintains a completely separate list of notifications from your phone, meaning you have to dismiss every notification you receive twice — your phone doesn’t care if you dismissed a text on the watch, for example, and vice versa. The watch also has a habit of buzzing for the same notification multiple times: I was alerted to the same text message no fewer than six times earlier this week. I hoped that behavior would’ve been sorted out by now, but it hasn’t been.

It’s frustrating because I love OnePlus’s hardware here; this is easily one of the nicest smartwatches I’ve ever used when it comes to fit and finish. But the software is unequivocally bad, and OnePlus seems either disinterested in or incapable of fixing it. I’ve reached a point where I firmly believe the OnePlus Watch will never mature into a good product — and what’s more, I don’t care if it does. I’ve given up on it, and if you haven’t already, you probably should too.