It hasn’t quite been a year yet since OnePlus stepped into the mid-range and budget smartphone segments, but the company is already ramping up the number of devices for budget-conscious fans. The latest device from OnePlus to hit the US market is the $240 OnePlus Nord N200.

Any true OnePlus fan would likely not even give the phone a second glance once they read the spec sheet, but OnePlus is banking on the phone’s 5G connectivity The goal of bringing 5G on the cheap is to help move units since it’s currently the cheapest 5G smartphone available in the US.

On paper, the OnePlus Nord N200’s spec sheet doesn’t raise any immediate red flags, especially for a $240 smartphone. It’s powered by a Qualcomm Snapdragon 480 chip with 4GB of RAM, 64GB of internal storage, and a MicroSD card slot for those who want to load up every movie and TV show they own onto the phone. The 6.49-inch LCD panel sports a 90Hz refresh rate and has a 16MP selfie camera peeking through a hole-punch cutout. Along with a triple camera system on the back, a side-mounted fingerprint sensor, and a generous 5,000 mAh battery.

Naturally, you don’t get wireless charging, or an IP rating for water resistance, but you do get a 3.5mm headphone jack which should make some of you happy. 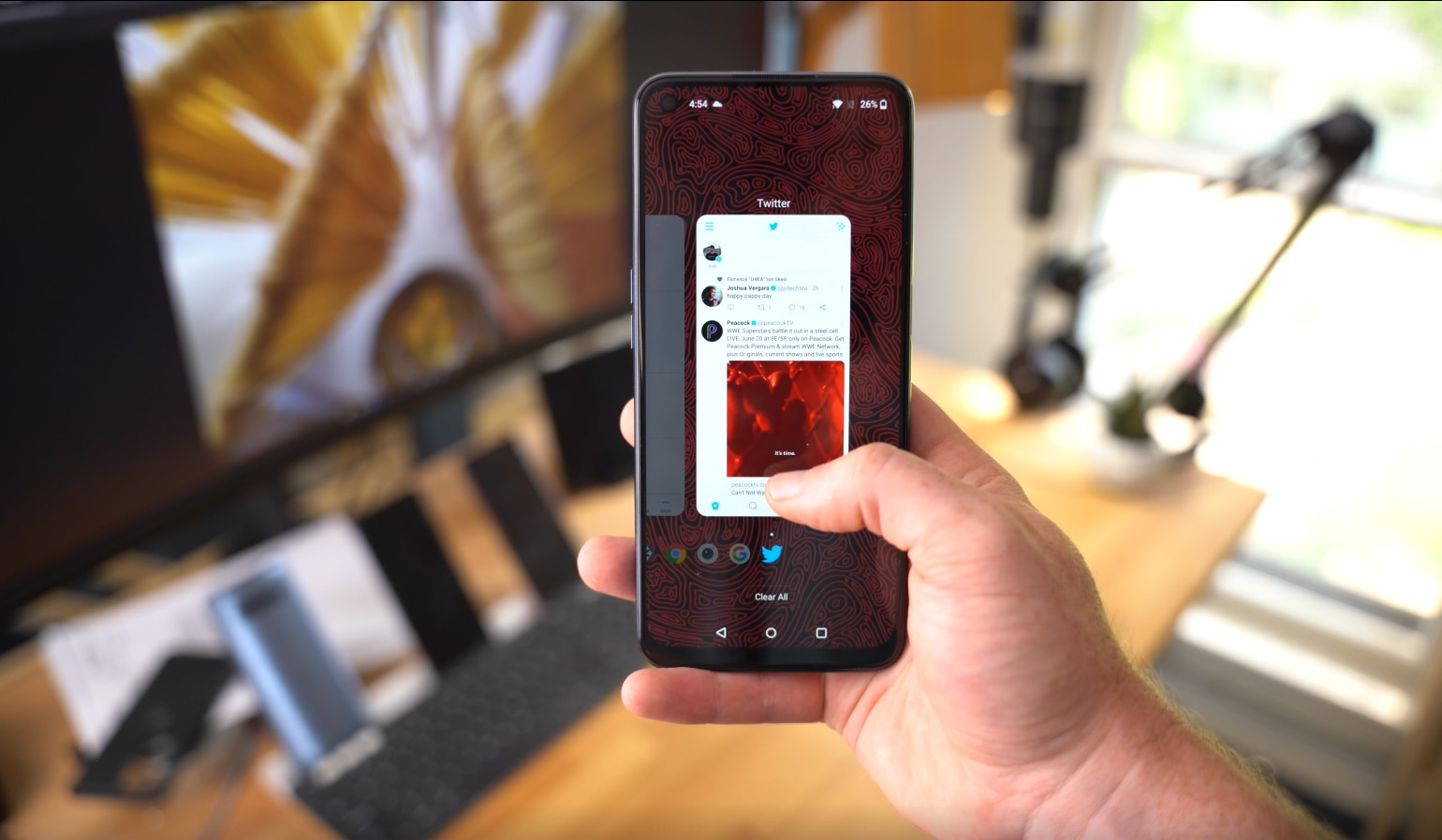 When compared to the OnePlus Nord N100 (which made its US debut barely 6 months ago), the new N200 does have some noticeable improvements. The biggest one is the upgrade to an FHD display over the 720p panel on the original. Having those extra pixels make a huge difference when using a display this size. OnePlus is also touting the panel’s 90Hz refresh rate, but it’s honestly not that big of a selling point since the processor inside the phone simply isn’t powerful enough to deliver a consistent experience. When navigating the UI or scrolling through your social media feeds, you’ll still notice a lot of ghosting with text and images.

Anyone who’s owned a OnePlus device will tell you that the software experience offered with Oxygen OS is among the best when compared to what other manufacturers put on their phones. The user experience is clean and unburdened by unnecessary bloatware. OnePlus also gives you a vast array of customization options that allow you to tweak the look and feel of the UI and truly make it your own.

The only downside is the number of software updates the phone will be getting. OnePlus has officially stated that the Nord N200 will only receive one major Android update, but it will receive two years of “maintenance updates.” While this is par for the course when compared to other budget-friendly devices, it’s a big disappointment. Before the Nord devices first launched last year, all OnePlus smartphones has always received at least two major Android updates. 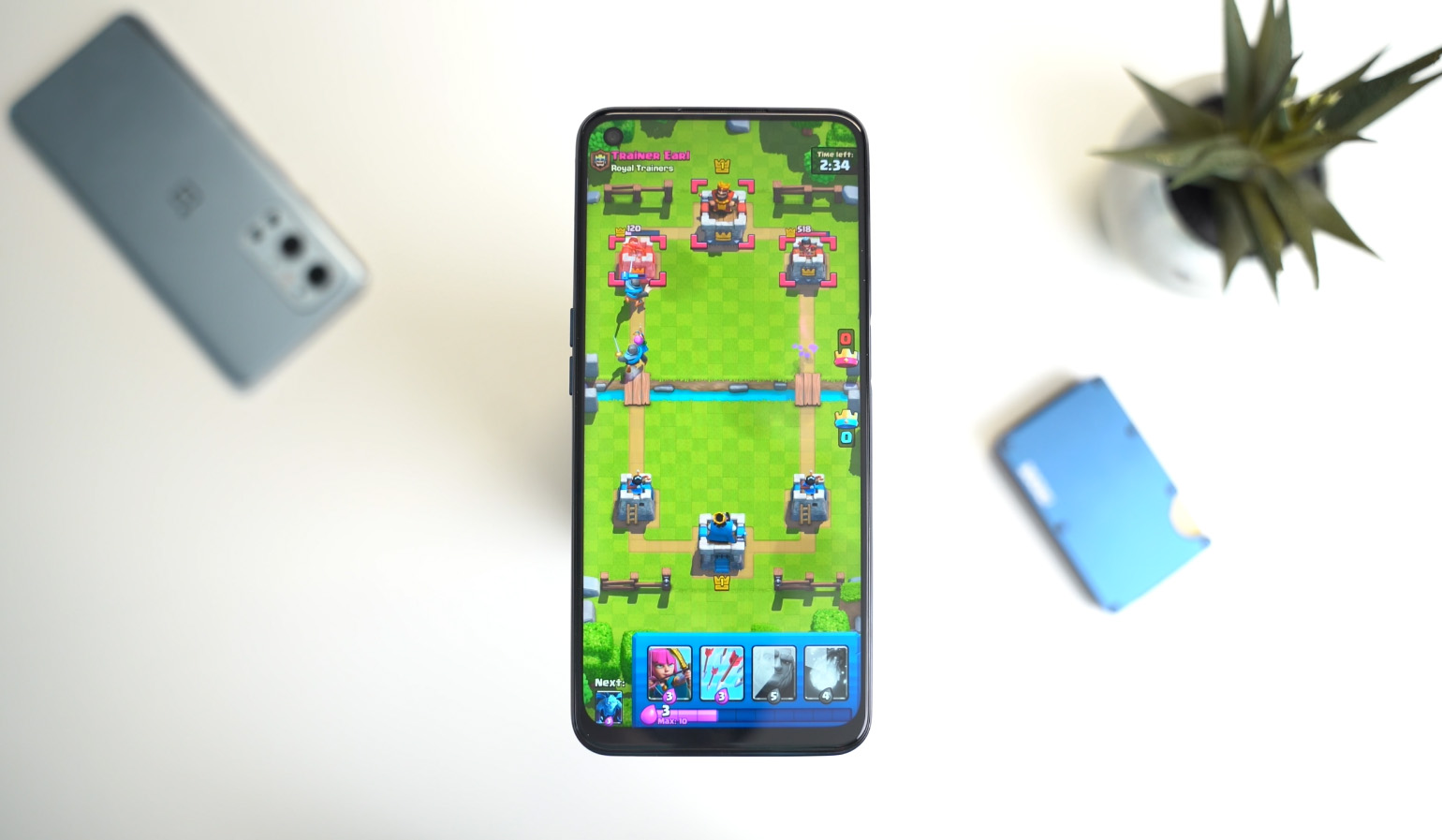 The Snapdragon 480 used in this phone is technically an upgrade over the 460 used inside the N100. That being said, the only real difference between the two chipsets is that the 480 delivers 5G connectivity. Performance between the two is practically indistinguishable. It’s good enough to deliver a decent user experience for most everyday tasks, but it’s significantly less powerful than the Samsung Galaxy A32 which delivers about a 50% improvement in GPU performance. The Nord N200 can still be used to play quite a few games, just as long as you’re not looking to play some of the newest titles for Android.

The good news is that streaming game services like Stadia and Xbox Game Pass work just fine. Not everyone has bought into the concept of game streaming quite yet, but the technology proves its worth if you own an underpowered device like this one. 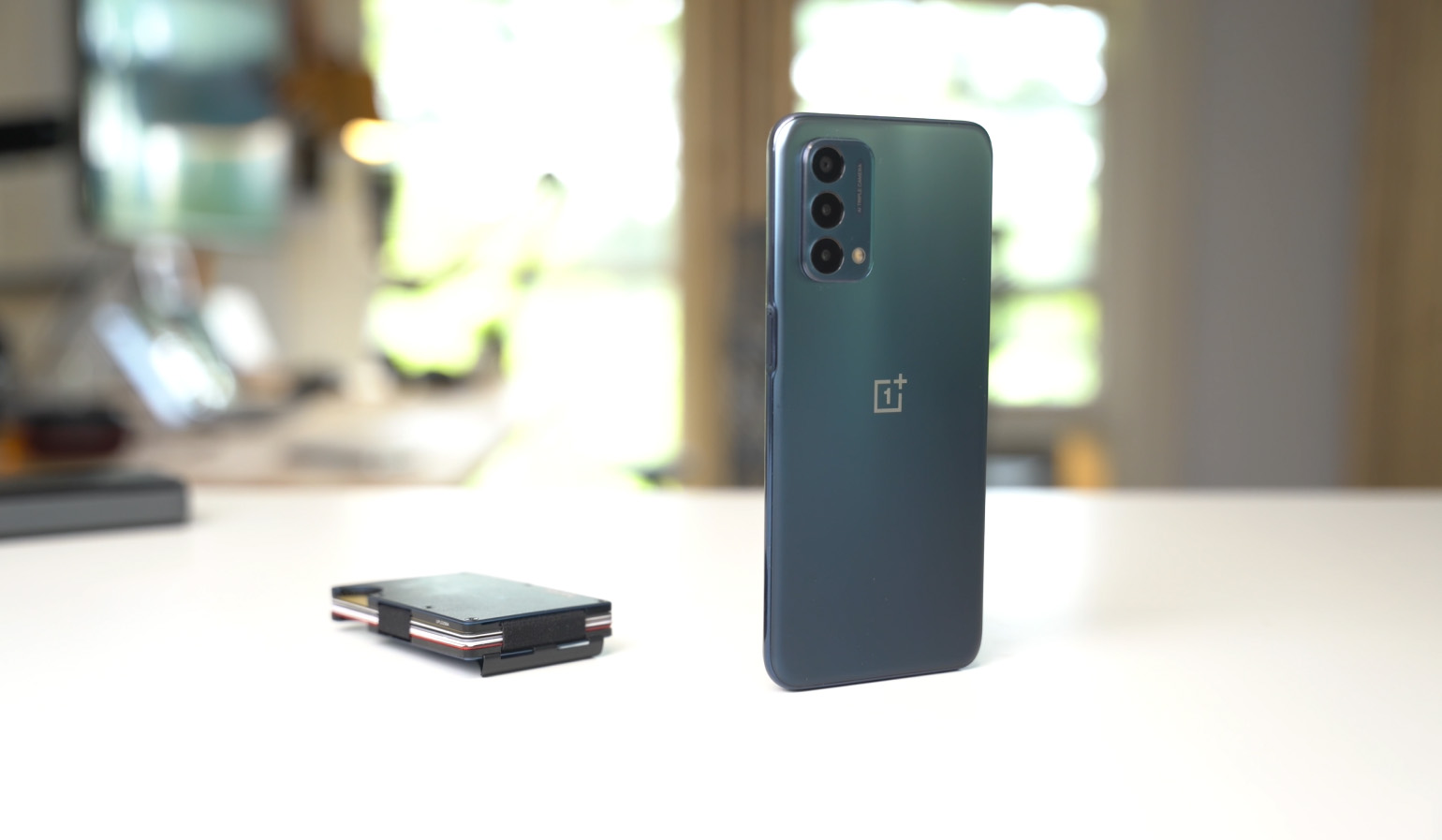 Having an underpowered processor isn’t ideal in most situations, but if you’re looking for great battery life, this phone certainly delivers on that front. With a 5,000mAh cell, the OnePlus Nord N200 can easily make it through two full days on a single charge. Over the course of a week, the phone only needed to be charged 3 times, averaging 8-10 hours of screen-on time between charges.

The only disappointing factor here is that the charger included with the phone only delivers 18w of power. Topping off the 5,000 mAh battery takes more than 90 minutes – roughly 2 times longer than it takes for OnePlus’ flagship smartphones to charge. The good news is that 18w is slightly faster than the 15w charging speeds you get with most other phones within this price range, including Samsung’s devices.

It’s becoming harder and harder to find a smartphone with a single camera these days. For what you pay here, you definitely wouldn’t expect to see a triple camera system on the back of the Nord N200. While the camera module on the back of the phone looks impressive, the images captured certainly aren’t. The main camera sports a 13MP sensor and is capable of delivering some decent shots, just as long as lighting conditions are perfect.

Most of the time, the photos are overexposed, slightly blurry, and undersaturated. Things get even worse with the 16MP selfie camera, which I don’t recommend using. The two additional cameras on the back of the phone are a 2MP monochrome sensor that’s meant to help improve low light shots and a 2MP macro camera. OnePlus could have delivered a better camera experience if it used the money from those two sensors to include a better main camera.

For video capture, the main and selfie camera are both capped at 1080p video with a limitation of 30 frames per second. Vidoe quality is passable if you’re in a pinch, but you’ll want to use something else for capturing events that are important to you.

With 5G quickly becoming the standard for most devices these days, it’s no longer a standout feature that can be used as the main selling point for a smartphone. Besides being the cheapest 5G smartphone currently available in the US, the only other selling point for the OnePlus Nord N200 is its outstanding battery life.

Since it’s a pretty cheap phone, the performance offered by the device and the quality of its cameras is to be expected. But if you have an extra $50 you can spend, my recommendation would be to find another budget-friendly phone, like the Galaxy A32, that will deliver a noticeably better overall experience.

If you’re looking for the cheapest 5G smartphone money can buy or need a phone that can last for days, the OnePlus Nord N200 will do the trick. If those aren’t your top priorities, there are plenty of other options to choose from.