If you live in select European regions, have been holding off on getting a OnePlus 9, and are curious about what Stadia has to offer, you’re in luck. Starting today, OnePlus announced (via 9to5Google) that it will be giving away a free Stadia Premiere Edition bundle for anyone who purchases the OnePlus 8T, OnePlus Nord, or OnePlus 9/9 Pro. 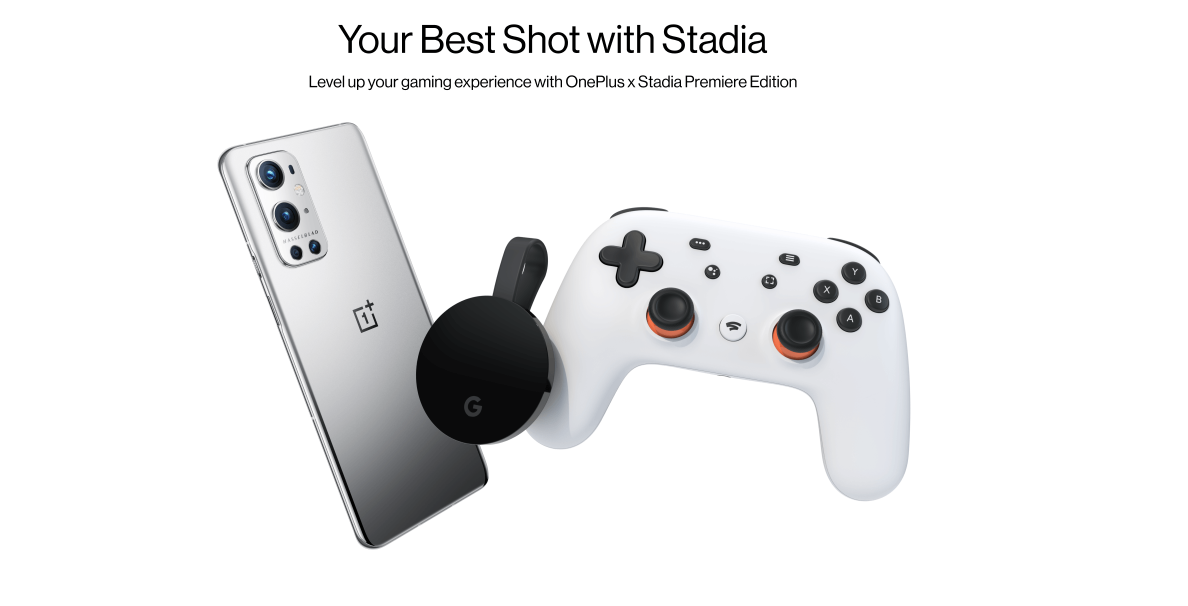 Currently, the deal is limited to those who live in the UK, France, or Germany, but is available starting today with the promotion ending on September 30th. This is one heckuva bargain, especially if you want to experience true cloud gaming on one of the most powerful smartphones today.

We aren’t sure whether this is just another way for Google to get its Stadia platform into the hands of more users, and that wouldn’t come as a surprise. But considering that you get the super-comfortable Stadia controller along with a Chromecast Ultra and a free trial for Stadia Pro, it’s a home run no matter which way you look at it. Normally, OnePlus will either bundle a wireless charger or some headphones, but this is a better value in our opinion overall.

Despite our concerns surrounding the future of Stadia, the fact remains that everything is still operating like normal. With so many great games already available on the platform, including the recently-released Resident Evil Village and Cyberpunk 2077, you can enjoy the best AAA titles without having to use a traditional desktop PC or a physical console. Let your OnePlus 9 be the console of your dreams and pair it up with the Stadia Premiere bundle.