Next week, OnePlus will be unveiling the final bits and pieces of its next handset. The OnePlus Nord 2 is slated to be a rather intriguing offering, which will aim to provide the same benefits as the original OnePlus Nord. And while OnePlus can’t seem to help itself when it comes to trickling information, the folks over at 91mobiles is spoiling the rest of the fun.

New renders have appeared, showing off what the front of the Nord 2 will look like. Earlier in the week, OnePlus revealed that the Nord 2 would feature a 6.43-inch display with a 90Hz refresh rate. We expected this to be practically the same as the original Nord, but that’s not exactly the case. 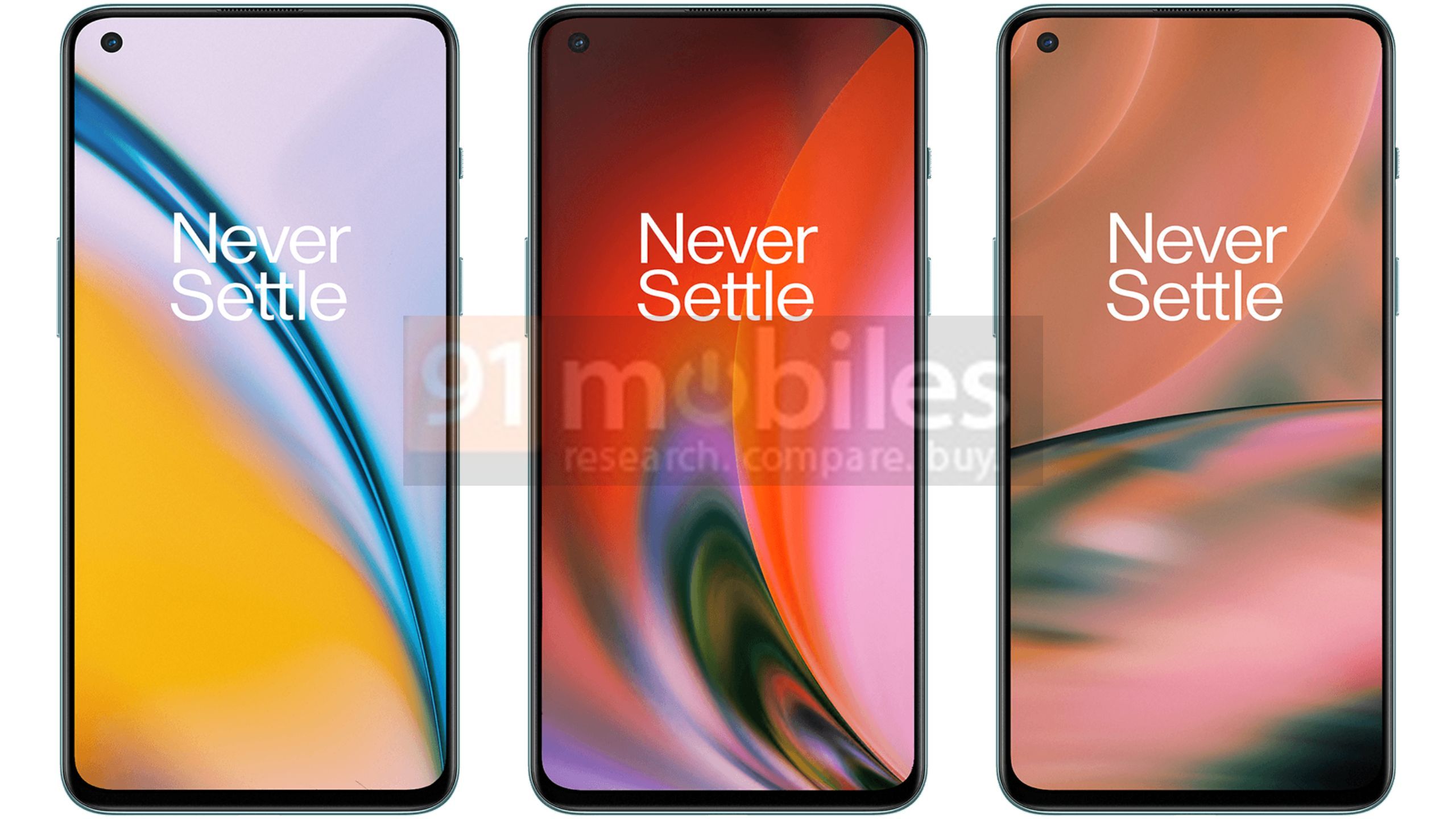 These renders reveal that OnePlus will be slimming down the bezels quite a bit, and from the front, you would have a hard time differentiating this from something like a OnePlus 9. The only area where there’s still much bezel at all is the bottom, where you’ll find a little bit of a chin. But there’s a hole-punch camera cutout in the top left corner, compared to the pill-shaped camera system found on the Nord.

91mobiles had a bit more information to share about the Nord 2. We already know that it will be powered by MediaTek’s Dimensity 1200 chipset, along with the aforementioned 90Hz refresh rate. But according to this latest leak, you’ll be able to choose between either 8GB or 12GB of RAM, paired with 128GB or 256GB, respectively.

Moving to the cameras, it would appear as though we’ll be in store for a triple camera array. This will be headlined by a 50MP sensor, likely the same one used in the OnePlus 9 series. It will be accompanied by an 8MP wide-angle lens and rounded out with a 2MP sensor.

The OnePlus Nord 2 is slated to be introduced on July 22, so you don’t have too much longer to wait. At this point though, we’ll be just awaiting the price as everything else has practically been revealed.